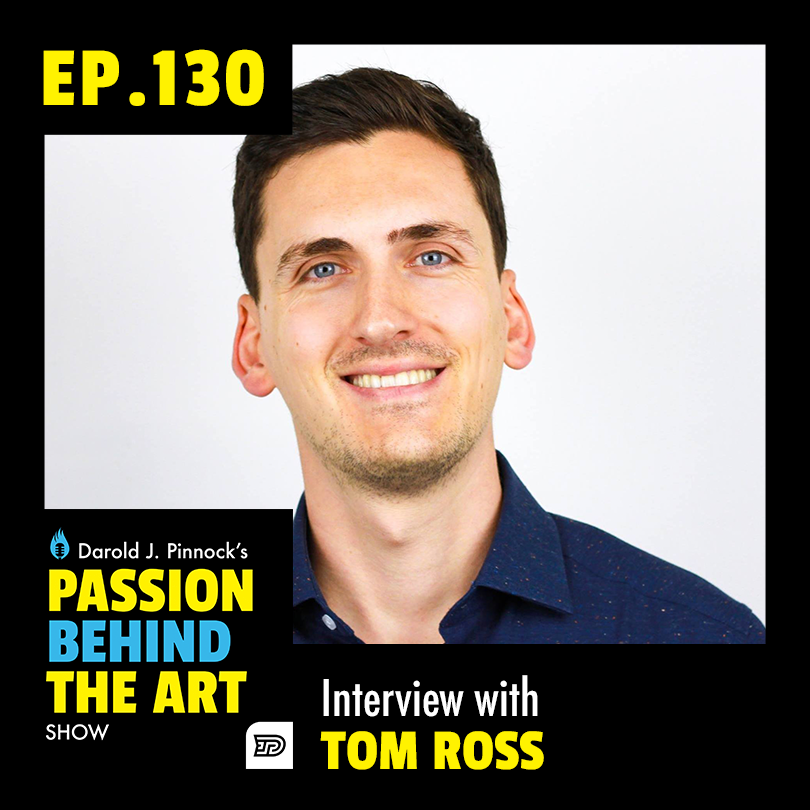 THIS WEEK’S EPISODE IS BROUGHT TO YOU BY patreon:
Help us take the podcast to the next level: ► http://bit.ly/pbtaPatreon

In this week’s episode, Darold “DP” Pinnock dialogues with the CEO of Design Cuts, podcaster, and marketing talent Tom Ross.
Tom was born to be creative. As a child, he took creative writing courses and even had a few of his poems published. He loved art and was even a member of a band. The passion for web design came at the age of 12 when while playing around online at a friend’s house, they realized that websites were actually humanly developed. With that, a new world was open to them and they started to design web pages for fun. By the time they were in high school, they were able to make a profit from some of these designs.
During his college years, while he pursued an English degree, at the urging of his parents, he was still being directed in the creative path. He would help his friends with photoshop and work for various design companies. As an intelligent kid that was used to doing little and still excel, he didn’t get serious about his career path until a conversation with his father forced him to take a hard look at himself. Seeing his friends enter the working field and become successful also gave him the motivation to follow his dreams and start his business. ​​​​​​​

“The thing I love most about entrepreneurship is that you make something from nothing.”

LEARN MORE ABOUT TOM ROSS:
http://www.designcuts.com
http://www.twitter.com/tomrossmedia
http://www.instagram.com/tomrossmedia
SUPPORT THE SHOW! Stop by our Patreon page: https://patreon.com/pbtashow
Join the Community:
Podcast Instagram: https://instagram.com/pbtapodcast
Podcast Twitter: https://twitter.com/PbtaPodcast
podcast Facebook Group: https://facebook.com/groups/pbtapodcast
SUPPORT THE SHOW! I would love to hear from you. Take a picture of the episode you’re listening to and tag the podcast on Instagram or Twitter at @pbtapodcast, @daroldpinnock, #pbtashow or #pbtapodcast.
Leave an iTunes Rating and Review
Share the show on social media or follow the Podcast Instagram
Subscribe on your favorite podcast player:
iTunes
Stitcher
Google Play Radio
Overcast