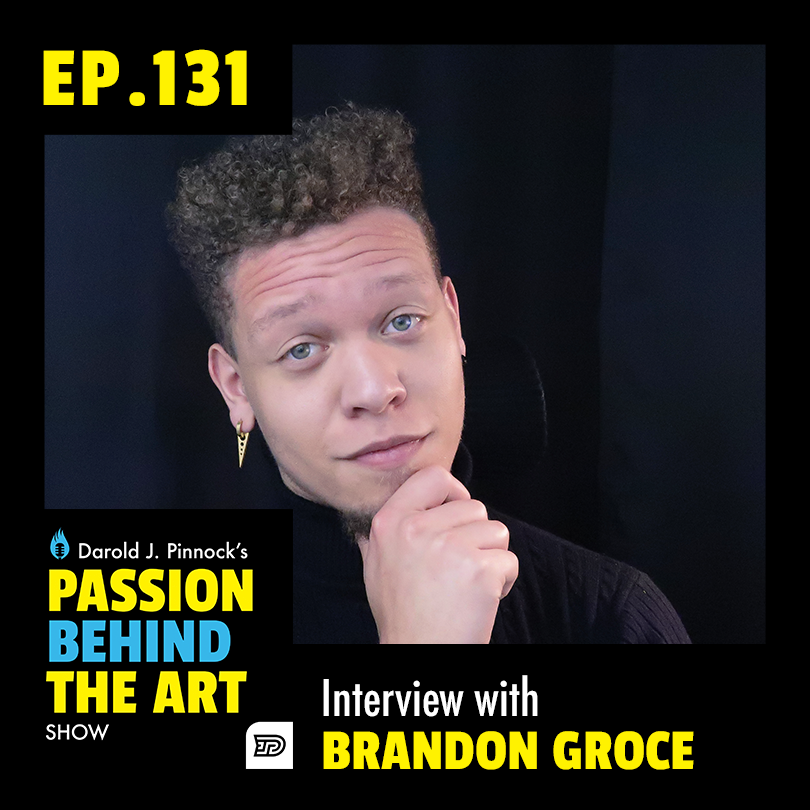 THIS WEEK’S EPISODE IS BROUGHT TO YOU BY patreon:
Help us take the podcast to the next level: ► http://bit.ly/pbtaPatreon

This week, DP chats with Brandon Groce. Brandon describes himself as a being a cartoonist, geek, hip-hop head, action figure collector and ex sneakerhead. How did this man who wears many hats begin his creative journey?
He describes having a deep interest in designing tattoos and thought he was going to be an ink artist. After realizing that his expectations were unrealistic, he enrolled in college and started taking graphic design and illustration classes. With his skill level in art, he naturally thought illustration would be the field for him, but yet again, his course would shift. As he learned more about graphic design, he realized that’s where he wanted to be. A majority of the experience he acquired came from working and learning on the job as he didn’t graduate from college.
He built his brand after he started making inspiration boards and creative employment advice. He describes his inspiration behind doing that was having something that he could own. He opens up in the interview about his challenge and how he overcame it. He also makes mentions of his next steps. This interview will leave you entertained, but don’t take my word for it, listen for yourself. Happy listening!

“We have the power to allow ourselves to laugh, smile, make other people laugh in heavy situations and I think that’s a beautiful thing.”

LEARN MORE ABOUT brandon groce:
http://www.designhuddle.us
http://www.instagram.com/brand0ngr0ce
http://www.instagram.com/designhuddletime
SUPPORT THE SHOW! Stop by our Patreon page: https://patreon.com/pbtashow
Join the Community:
Podcast Instagram: https://instagram.com/pbtapodcast
Podcast Twitter: https://twitter.com/PbtaPodcast
podcast Facebook Group: https://facebook.com/groups/pbtapodcast
SUPPORT THE SHOW! I would love to hear from you. Take a picture of the episode you’re listening to and tag the podcast on Instagram or Twitter at @pbtapodcast, @daroldpinnock, #pbtashow or #pbtapodcast.
Leave an iTunes Rating and Review
Share the show on social media or follow the Podcast Instagram
Subscribe on your favorite podcast player:
iTunes
Stitcher
Google Play Radio
Overcast